Into darkness we do creep,
and sometimes light we find to keep.

Aysel lives her every day wanting to make more of herself. She's freshly graduated and finding herself disappointed with her current circumstances. In a chance encounter she meets The Reader, he's mysterious and attractive and successful. Inexplicably she finds herself compelled to be near him, to know more about him. Only what she doesn't know is that he's been waiting centuries for her, he knows her already, and he has a plan for them both. 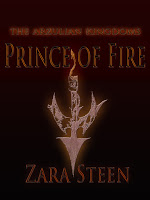 Samira and Salha sisters living in modern Halifax, Nova Scotia, awake one day as slaves. Trapped in Arzule, an alternate world they've somehow been transported to, they struggle to make sense of their lives. When Samira is unexpectedly whisked away by an Akorian Prince, Arkson it seems as though their luck has gone even further astray. Samira finds herself drawn to this handsome prince, but cannot seem to decipher his intentions. He is a prince of many secrets, and Samira has secretive tendencies of her own. 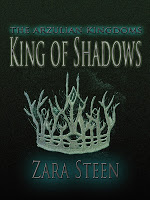 Salha Khan has lost the one who means the most to her, and now she finds her self in the company of Alexandros, a strange leader of the small human population left in Arzule. He's a mystery to her, the King of a dying race. What she wants most is her freedom, but now there's so much more at stake, things have changed, and Guedan is out there planning his return and his revenge.